A favoured destination for its blissful weather, abundance of culture and low cost of living, Italy is a growing location of choice for contractors. Despite ongoing concerns in the country in response to instability in the European market, the economic slowdown in China and tumbling oil prices, contracting in Italy remains an attractive proposition for specialists.

Italy is known for its rich cultural heritage, with a wealth of art, architecture and theatre, which is one of the nation’s biggest pull factors. Its inhabitants are also incredibly social and contractors will find there are bustling night life scenes in almost all of its major cities. And, as we all know, the climate is considerably warmer than the UK, which many contractors may consider a welcome change.

Many European countries remain troubled by ongoing recessions as well as high levels of external debt. It’s common knowledge that, despite being the world’s eighth largest economy, Italy is one of them. Despite tough conditions, however, the country remains an exciting prospect for contractors. Though its growth is slow, the IMF indicates that Italy’s economy will expand by 1% over the next three years. In addition, the cost of living within Italy is significantly lower than in other European countries. Italy’s rent index - which denotes the cost of renting privately - is currently 21.49, significantly lower than other contractor hotspots such as Switzerland and Ireland, whose rent index currently sit at 55.14 and 38.87 respectively.

One sector currently undergoing significant growth is the tech industry. The Italian economy has historically been agriculturally based. Times have changed, however, and in January, Cisco Systems announced a series of strategic commitments in Italy, which will represent a total investment of $100m over the course of the next three years. Apple also recently announced it would open its first European iOS app development centre in Naples. The Italian Prime Minister’s Innovation Advisor, Paolo Barberis, greeted both investments as great triumphs for the country’s tech sector and also drew attention to the growing internal market saying, “Our start up ecosystem is very healthy”.

The Italian oil and gas sector is also experiencing growth despite tough market conditions with GE announcing that they will invest $600m into oil and gas research in the country over the next five years. The project, which has been coined ‘Galileo’, will bolster GE oil and gas volumes in Italy by 50%. Like the tech sector, added investment is likely to increase the demand for specialist contractors. 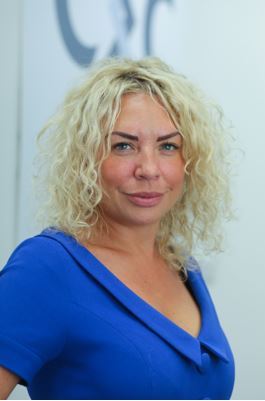 Agencies should find it relatively easy to place UK contractors within the country, as EU residents do not require a specific work visa. There are slight nuances between the tax systems of Italy, however, and the UK and contractors should also be aware they are subject to social security tax. Both agencies and contractors should also be aware that Italy holds a bilateral double taxation agreement with the UK. If uncertain about the small differences in the tax systems agencies should consider consulting with an expert to ensure they remain compliant.

So with an appealing climate, affordable prices and increased demand for highly skilled professionals in both the tech and oil and gas sectors, Italy looks set to continue as destination of choice for contractors. Would you consider working in Europe’s cultural hub?