It may have escaped your attention, but the UK automotive industry is doing really rather well. The news has slipped under the radar while the media is awash with geopolitical turmoil and the ongoing civil war within the Conservative party, but last month the SMMT (Society of Motor Manufacturers and Traders) indicated that car sales in February were up 8.4% year-on-year. In addition, sales also rose for 43 months in a row up to October 2015, when the VW emissions scandal came to light. But what’s causing the growth and what does it mean for professionals in the industry?

The UK has historically been a world leader in at least one industry. In the past it was heavy industry, then financial services and now the automotive sector has stepped up to take the mantle. The impressive rise of the industry has been attributed to a range of factors, not least an upturn in the economy, which has raised consumer confidence. This, combined with low interest rates and the promotion of finance packages, has encouraged people to invest in new cars. In fact, research suggests that 80% of new registrations in 2015 were supported by these deals. Of course, low fuel prices have also contributed and motivated those who may have held off from investing into buying a new vehicle. Analysts also highlight that residual, pent-up demand from the days of the financial crisis has a part to play.

Perhaps most importantly, Britain has become a highly attractive place for European car manufacturers to operate thanks to the depreciation of the Euro against Sterling. This means that car companies are considerably more motivated to move their operations to the UK to take advantage of lower costs, which in turn means they can offer more attractive discounts on new vehicles. This has been amplified by a slowdown in a number of major economies that were previously targeted, including Russia, China and Brazil.

But what does the growth mean for professionals in the sector? For one thing, they’re likely to be in considerably greater demand in 2016 than in the past. We’ve already seen TVR announce that it will be investing in 150 professionals to work on its new Ebbw Vale site. This welcome news comes as Aston Martin announces a new drive to recruit 1,000 employees, based across its two manufacturing facilities in Gaydon, Warwickshire and St Athan, Wales. With the uncertainty that has arisen since Tata’s announcement that it planned to sell its entire UK business, putting thousands of jobs at risk, the growth of the automotive sector can be seen as nothing other than a positive development for UK engineering.

As you’ll know, the industry isn’t particularly well stocked with talent, in fact, according to research by the Automotive Council there are currently over 5,000 vacant positions and around 19% of those are having a significant impact on business operations. In particular demand are design and production engineers.

According to Mike Hawes, chief executive of the SMMT, “The struggle to fill vacancies is holding back both growth and opportunities for business and it’s essential that both government and industry work together quickly to identify ways to plug this gap.” The promotion of STEM subjects in school is one solution and the upcoming apprenticeship levy 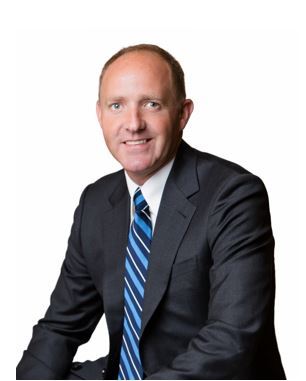 should also help to encourage people to work in the rapidly-expanding sector. The government has put employers firmly in the driving seat with the latter programme, which will allow businesses to dictate the skills that they will require in the future.

All in all it’s an exciting time for the industry and there should be considerable opportunities in the coming years. The workforce in this field is the most productive in Europe, but it’s currently fighting an uphill battle to remain so effective. Without more focus being put on encouraging people to take up careers in the industry, we could find this productivity begins to drop off.

Do you think the UK automotive industry will grow any further?