Challenges in recruitment: The rise of skill-shortage vacancies

As any business owner will tell you, finding the right people with the right skills is one of the biggest challenges they face. It’s an ever-present problem, but one that becomes even more tricky, ironically, when business is good or when all signs point to future growth.

According to the latest Quarterly Economic Survey by The British Chambers of Commerce, +13% of manufacturers reported an increase in their workforce in Q1 2016 - down from +20% in Q4 2015. That figure rises to +16% for service firms - a drop of 7% on the last quarter.

And looking ahead, +13% of manufacturers said they expect to see their workforce grow over the next three months (down 4% on Q4 2015), while +27% of service firms said the same (up 6% on the quarter before).

It’s great to see that firms are looking to grow but the rise in skill-shortage vacancies is something we simply can’t ignore. How do companies continue to flourish when people don’t have the expertise that is required?

The UK Commission for Employment and Skills (UKCES) released its Employer Skills Survey 2015 in January, which examined the experiences and practices of more than 91,200 firms. The findings made for a very interesting read; while the labour market was buoyant, the number of skill-shortage vacancies had rocketed by 43% from 146,000 in 2013 to 209,000.

This issue is something that’s echoed in our own Business Census; a survey we did with more than 1,000 business leaders, ranging from sole traders to large companies with 1,000+ employees.

Finance and recruitment were cited as the greatest challenges to businesses in 2015 but, perhaps unsurprisingly, these were surpassed by concerns over politics and economy in 2016. Recruitment is still seen as a big issue, particularly in the construction and manufacturing sectors, and uncertainty over the UK’s future in Europe is doing nothing to allay this.

Markit and REC’s (Recruitment and Employment Confederation) latest Report on Jobs  found that demand for permanent and temporary staff rose in March 2016 (compared to the month before) but the availability of candidates to fill these roles fell. The report notes estimators, electrical engineers, quantity surveyors, developers, care workers, nurses and chefs among the jobs that employers are struggling to hire for.

What’s also worrying is that 14% of employers in the UKCES study reported skills gaps within their establishment - approximately 1.4m staff lacking proficiency in their current role. Workplace training has to be, in part, the remedy to this. It will improve the skill set and efficiency of staff and in turn create a more sustainable environment for business growth. 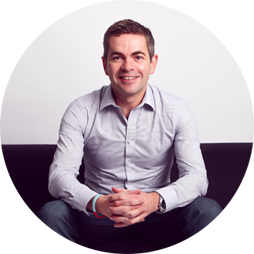 With advanced searching and comprehensive credit reports across 11 countries, Company Check is the most used online business data provider in the UK delivering 100m reports to over 20m visitors last year alone.

By gathering company and director details from various sources including Companies House, the Registry Trust and local Gazettes, Company Check provides important insight to its users and regularly publishes reports on the state of UK business.