Resource Solutions Group has jumped 100 places on the Sunday Times Grant Thornton Top Track 250 league table in the space of a year, from 182 in 2015 to 82 this year.

With a 2015 turnover of £614m, PNG leapt from 11th place to number 2 in the charts with only first-placed health club operator Virgin Active recording better sales in the same year. Resource Solutions Group (RSG), which employs nearly 220 people and is headquartered in Bristol, recorded sales of £236m and a record profit of £12m – which saw them shoot from 182nd in the 2015 list to 82nd in 2016.

Seven of the top 10 companies with biggest profits are headquartered outside of London – including PNG which is based in Warwickshire - and the southeast of England.

PNG says its placing in the Top Track 250 is testament to the growth that has been reported right across the business from the niche recruitment services provided by Network Group to permanent and temporary billings at branch level and our corporate solutions offered by Pertemps Managed Solutions.

Finance director, Spencer Jones (pictured), said, “It is a real achievement to again be named as the UK’s best performing recruitment business in the Top Track 250. This is likely to be our final time in the league table as, due to further acquisitions and growth, our forecast for this year is well in excess of £700m meaning we will be entering the Top Track 100, a list of the UK’s largest private businesses. This is a remarkable feat considering that only three years ago we were not even in the top 30 mid-market companies.” 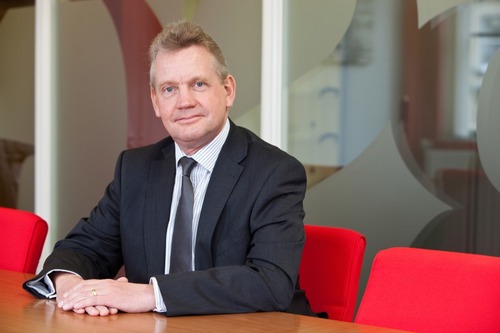 Chief executive of RSG, Mike Beesley (pictured), said, “Everyone at RSG should feel proud of this great achievement. When you look down the list of the Top Track 250 you realise the caliber of the company we are in and it’s to the credit of everyone in the business that we have climbed so far in such a short space of time.

“The vision we set out is to organically grow into new markets and areas and to manage these new offices with either homegrown RSG people or to bring in regional experts who have the local know-how to deliver sustainable operations quickly.

“We have successfully also driven this through our RSG Academy and at the same time launched our CSR programme, which aims to give back to Bristol and the South West – a place we have called our home for 40 years.

“Well done to everyone from our region who made the list and we look forward to another year of hard work ahead.”

Founder, chairman & CEO of LA International, Paul Lukic, commented, “As we mark our 35th anniversary, LA International is performing strongly and our potential for future growth is as exciting as it has ever been. Our mission – our financial goals – remains unchanged. LA Internationals (sic) vision is to be the best in the world as measured by our customers. There’s a lot of volatility and change taking place, and what’s important in that environment is that companies are structured in such a way that they can deal with any type of uncertainty or economic situation that’s going to happen.”

Nine out of ten UK workers looking for a new job: research